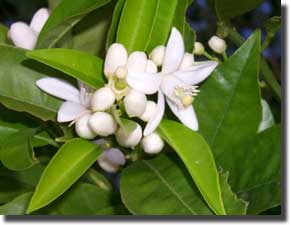 WANDA - FLORIDA: I was poisoned by gentamicin after being hospitalized in October, 2010 with pneumonia. After three antibiotics proved ineffective laboratory cultures revealed that while the pneumonia was resistant to many it could be treated with the aminoglycoside antibotic gentamicin. My pulmonologist placed me on intravenous gentamicin and sent me home. I was not warned of or made aware of any possible side effects.

Twenty four hours later I was in the Intensive Care Unit of the hospital with complete kidney failure and was later told that at the time it was not known if I would recover. After ten days on dialysis in ICU I was transferred to a rehabilitation center to continue the dialysis treatment and regain my strength. I was not told I had been affected by gentamicin and was immobile and too ill to fully realize the extent of the damage it had caused. I was told I was improving every day.

Only after returning home did the full symptoms of the ototoxicity become apparent. I experienced a lack of balance, hearing loss, oscillopsia, short-term memory loss and muscle spasms. I could not tolerate loud noises or bright lights and watching TV was a struggle. My depth perception was poor and I struggled like a ninety year old to stay on my feet as the sensory input required for standing and walking was very demanding.

A neurologist evaluation three months later revealed that I had bilateral vestibulopathy with some hearing impairment. He told me that regaining inner ear vestibular function would not occur. However vestibular rehabilitation was prescribed to help me learn to "adapt" to my situation. After six weeks of rehabilitation I could function marginally better. Recently (less than a year since I was poisoned) the neurologist has suggested more vestibular rehabilitation to make best use of the balance functions that were still working (sight and touch) may help.

Fellow Wobblers say I need to push to "adapt" and that it could take up to two years for me to feel at all comfortable moving about. I wake up every morning wondering how my day will go. Some days are good, some are bad, I can say I no longer have great days!

I struggle with nausea each day from lack of balance and an inability to focus. My husband is so supportive, but this has put a great strain on our relationship. He has to do what I cannot. My day ends abruptly when I tire; if I don't rest during the day by 4.00pm I am overwhelmed by fatigue and nausea.

Daily tasks are a struggle even with my walker. I have developed inflamed shoulders and hands as well as bursitis in my right hip and leg. The lighting has to be just right, not too bright and not dark. Even simple tasks such as preparing a meal are a challenge. In vehicles I wear sunglasses and attempt to ignore my environment to stave off the nausea.

New environments bring new challenges and a sense of dread as they require all my remaining senses. Walking up or down a sidewalk incline causes me to feel like I will fall. As a result I tend to avoid new places. Perhaps worst of all is the reaction of others. My injuries are not visible so they don't understand!