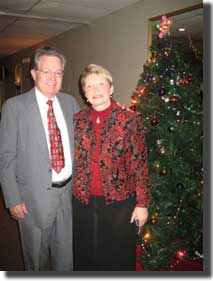 SHIRLEY - FLORIDA: It was some time before I fully understood the consequences of my treatment with gentamicin. About ten years ago, I had my first lumbar surgery. It helped my back problem for exactly two months but while recovering I noticed when walking I occasionally had to take four or five uncontrolled short steps backward in order to stay balanced. At the time I thought it was just part of the post surgery recovery process. In fact I never walked normally again; walking in a straight line was impossible and I had difficulty manoeuvering around small objects. The opinion of doctors and therapist placed the blame on the surgery. As a nurse working predominantly in pediatrics I have administered gentamicin and vancomycin to infants and children. I knew it had been known to cause renal failure and deafness; however these were not side effects I ever saw. I do not know if I was given gentamicin with the first lumbar surgery, but in hindsight the symptoms certainly indicated it. I guess I was lucky not to have been totally damaged right away.

After a fifth back surgery I was very anaemic and consulted a specialist. He said there was no obvious reason but suspected a chronic infection. To check, a urinalysis was done and – 'Bingo!' - an unusual infection was identified that related to when I had a urinary catheter inserted during surgery. Five different antibiotics were tried but the problem persisted. A pharmacist at the hospital said he was familiar with the problem and knew what would cure the infection. Since I had been a nurse at the hospital we bypassed the system; I was familiar with the necessary clinical procedure and he mailed me the gentamicin and the equipment needed to give myself the intramuscular injections. The dose was carefully calculated and after the nine injections I could still hear and still pee! Five days later when jumping out of bed in the morning I could hardly walk, I staggered and bounced off the walls.

I had no idea what was going on and ended up in the emergency room (ER) at the local hospital. I had many consultations along with CT scans, MRI's and lab work. However there were no answers or conclusion. I frantically called everywhere I could and finally got an appointment at the Mayo clinic. They did an expensive series of tests repeating all of the ones I had earlier. They were very thorough but kept zeroing in on my legs, saying "why are they weak?" I kept assuring them that they were in fact very strong but just felt very wobbly. When speaking to a specialist neurologist I incidentally mentioned that I had recently been on a bunch of antibiotics. She immediately asked which ones and followed up with a call to their pharmacist to ask about gentamicin and any drug that could alleviate its side effects. It was then that I was told there was no 'antidote' and the damage to the vestibular system was permanent. After all the various treatments and tests it came down to fact that I had poisoned myself with a drug intended to cure me!

I was due to start a job in an outpatient surgical centre. Our grandson had been orphaned and he was moving in to live with us. He is a teenager but in much need and as we were caught in the economic crisis I needed the job! Instead I was the one who needed help with everything. It has been fifteen months since the diagnosis and I am still struggling. When I'm sitting I look normal and people think I am much younger than my age. When they see the walker, they watch and try to figure out what is wrong.

I was always a very strong, independent person and did my own yard work. I was on my hands and knees last year trying to put a ring around a tree in the yard to hold in the wood chips and asked my grandson to come and help hold it in place. Struggling to get up I used my walker as an aid but it flipped and I fell back onto the running board of our SUV parked nearby. I broke a rib which punctured my lung and ended up in hospital having to have a chest tube. During a follow-up to my treatment I was in the ER and a doctor asked me to walk over to an examination table. My walker had been moved and even after I had explained why I couldn't just walk over to it he showed no empathy or understanding. In my opinion so many clinicians either don’t know or don't fully understand the consequences for someone with damage from gentamicin.

Every day when I stumble from place to place I am reminded how such a simple drug has messed up my life. I have had type 1 diabetes for fifty years, managed my diet and exercise and have my kidneys and all my limbs. But that short treatment with gentamicin has wiped me out, just when I needed my balance to handle old age! The support of the Wobbler network has been what has sustained me and given me hope for the future. Not wobbling alone is a Godsend.