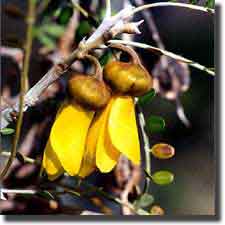 RICHARD - NEW ZEALAND: Rheumatic fever damaged my heart before I reached my teens and when aged forty-six I was told that I needed an aortic valve replacement. At the time I felt fit, walking a mile to and from work each day. However the cardiac specialist said the surgery would be required within three years and it should be done when I was reasonably well as it would better tolerated and I would recover faster. He was correct and I was soon able to return to work.

Following dental treatment a couple of months later I felt unwell. A visit to my GP did not reveal anything untoward and the general view was that I may have resumed work too early and it was a stage in the recovery process. However, when I became feverish and had cardiac arrythmias I saw a specialist at the local public hospital. An examination showed the prosthetic heart valve was leaking and blood cultures revealed infective endocarditis.

I was admitted and treated with intravenous gentamicin followed sequentially with vancomycin for six weeks. I was also given a diuretic which I later learned was, like vancomycin, an ototoxic potentiating drug of gentamicin. At the time I was in no condition to be ‘informed’ of possible side effects, nobody close to me recalls being so advised and no record of such advice being given appeared in the treatment notes. After six weeks I was transferred back to the surgical hospital and, six months after the first, the valve replacement operation was repeated.

For three months I was off my feet and had no idea of the walking ‘wobbles’ I was later to experience. During treatment with gentamicin I had a sense of ‘fullness’ in my ears with irritating tinnitus and later went completely deaf in my right ear. To this day all I can hear in it is a dull roaring with a constant sense of it being stuffed full of cotton wool. Moving my head resulted in everything around me swaying and I was nauseous for much of the time. Responding to a treatment injury hearing claim nobody ‘could recall any distress shown by the patient during IV treatment' although there were a number of entries in the notes during the time gentamicin was being administered where, an up to then model patient, became difficult and upset asking for the IV treatment to stop and threatening to remove the central line himself.

The treatment injury claim agreed that the vestibular disability was as a result of the gentamicin treatment. I have to agree with those who say 'we don't recover'. What we do is adjust and learn to make the best of touch and sight as far as balance is concerned. Now twenty years after the event I am able to wobble for slow walks with a stick and use a mobility scooter to get around generally. I live alone but safety rails are fitted in the house and I am fortunate in that I have a wide circle of local and email friends. My interest remains in computer programming and graphic design and I have developed a method whereby I can keep my head still and enjoy the intricacies of what is now mostly a pastime. In the mornings I feel much better physically than later in the day and have been more fortunate than some other wobblers who have described a decline in their ability to concentrate. Like most people I have the regular ‘memory blank’ with names but otherwise my cognitive functions seem unaffected – either that or I am in happy ignorance and people are too kind to tell me.