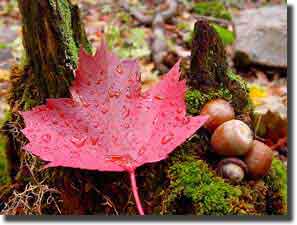 MIKE - TORONTO: My husband Mike became unwell with a urinary tract infection and then became extremely ill with what turned out to be an e coli infection. Rushed to hospital he was admitted and administered gentamicin intravenously immediately. Prior to the infection Mike was very robust and healthy, 6'3 and 250 lbs he was extremely active both physically and mentally. They were going to give him oxacillin but he was allergic to it so gave him gentamicin instead. We were informed that gentamicin could be hard on the kidneys and that they would monitor his levels carefully. No mention was made of ototoxicity at all - in fact we never knew what the word meant until later.

The next morning Mike complained of extreme 'giddiness' (he is from Britain and that meant dizzy), he couldn't get out of bed by himself, nor could he walk without help. No one paid him any attention. The gentamicin treatment continued for three days and I presume nights. The dizziness became intolerable but I recall no attention being paid to the complaint. Finally his infection improved and he was well enough to come home!!!!

Mike literally crawled out of the hospital, vomiting and unable to stand or walk or do anything. We saw our GP the next day. He did not say the problems arose from the gentamicin treatment but referred us to an ENT who immediately informed us Mike had been poisoned by gentamicin and that the damage done was irreversible. Three days later Mike was still nauseous, vomiting and unable to walk. Gradually he became less sick but the dizziness continued whenever he got up and tried to move around. Normal everyday tasks became impossible for him to do.

Our GP offered to help us through the 'system' but it was I who pushed for Mike to see specialists and I feel without that persistence nothing at all would have happened. I think our GP was scared we were going to sue. We thought of it but were advised that we would not be able to fight city hall and our medical records indicated there was little room for a malpractice suit. This happened at the end of August. By mid September we had made an appointment with a vestibular specialist in Ottawa which was a journey of some 7 hours away. He basically told Mike he would not recover but that he should try to get up and move as much as possible. He also gave him eye movement exercises to do. We tried these but nothing really helped.

Next came the ‘BrainPort’ and Dr. Doidge's book on the ‘Brain that Changes Itself’. After a lot of thought, talk and trials - we felt we needed to have one and bought a BrainPort. After 6 months and $10,000.00 later, we gave up on it. It is now a very expensive ornament. Before the gent Mike (73) was very active, loved bridge, backgammon and blackjack. We walked, went out socially, had lots of friends and fun. He was a very happy, witty, intelligent individual. He did lots of things physically both around the house, the garden and the property. We loved to travel, do different things and enjoy life.

Since the gentamicin Mike has become more and more isolated - and more and more despondent. He has become mentally and physically inactive and reliant on his walker. As time went on he has become very depressed. He has wanted to end his life and actually tried once. For the most part now the depressions seem to have lifted somewhat. He struggles with cognitive issues like short term memory loss and an inability to continue the thought of a sentence. We are now in the process of attending a memory clinic to see if we can pin-point this problem. I believe it results from the vestibular damage but the medics seem to want labels like dementia, Parkinson's or Alzheimer's. Whatever the label or diagnosis I will continue to believe gentamicin is the root cause. By the way, he was finally tested at our famous Sunnybrook Hospital 'dizzy clinic', three years after the gentamicin treatment; we were told Mike has 100% bilateral vestibular loss.

This has affected Mike in a dreadful way but it has also torn the fabric of my life apart. We have struggled to make something good of it but we now live a very separate and different life. Most things we liked to do together have gone - I am now the 'caregiver' not the wife and have to take all the responsibilities of our daily living. Mike is now 78 - he is no longer physically active, he no longer plays bridge or enjoys the company of people. Noise bothers him, crowds bother him and he is chronically tired. He has lost all friends and depends on me. It isn't that we don't value what we have - we try to make it happy. But the way it was taken from us was brutal and struck out of the blue. One usually hopes to come out of the hospital better for a treatment, not more ill because of it. Still, there are the better days and we count ourselves lucky to still have each other.