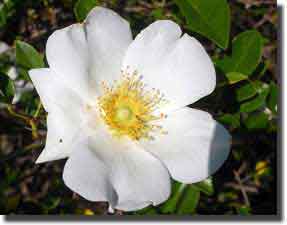 LORRI - GEORGIA: In November 2004, I had open gastric bypass surgery. Everything went well, or so I thought. I had told the surgeon I was prone to post-surgical abscesses and infections, so they kept me on a IV prophylactic antibiotic (cephalosporin ) before and after surgery, but I wasn't sent home with any antibiotic.

About 2 weeks after I was released, I noticed some pain and a yellow swelling at the top of my incision. I poked at it and it opened up and began draining the most horrific guck I have ever seen or smelled. I went back to the surgeon who performed my bypass, and he taught me how to clean the area, which was a localized abscess. So I returned home and I drained it and cleaned it three times a day for a week. However it wasn't getting better, and by then I was running a constant fever of 102° F.

Returning to the clinic the wound was cleaned out again (another 1/2 liter of guck) and a sample was sent to the lab for culture and susceptibility studies. In the first week of December the surgeon readmitted me to hospital. However, to my knowledge, he didn't contact the infectious medicine specialist and started trying what I felt was a 'shotgun' approach to my treatment. He tried tetracycline, penicillin, basically anything he could think of except what the susceptibility studies indicated, which was Levaquin. I kept begging for Cipro, which is Levaquin's younger brother.

Finally, after two weeks of this, the surgeon decided to use gentamicin, even though it isn't even indicated for the organism I had, supposedly Hæmophilus influenzae. I received four IV doses over five days. No peaks or troughs testing, or bedside tests for indications of ototoxicity were done. I was not asked if I had a history of middle or inner ear infections (gentamicin is contraindicated in that situation). No informed consent was asked for or givem.

Not surprisingly, the gentamicin didn't work. I was still very very ill, and the surgeon finally started me on IV Levaquin. This actually worked, and I went home one week later. While in the hospital I had noticed a certain instability and almost fell once. However I chalked it up to being weak from the infection. After I returned home, I did fall several times, but again just figured I was still weak. I noticed I was having trouble gauging distances, and everything seemed to be moving instead of staying still when I moved my head. I just didn't feel stable.

About three weeks later, I was driving one of our trucks, following my husband to the dealership so his truck could be serviced, and we would go home in the vehicle I was driving. The road seemed to be moving side to side, and I was having trouble getting much above 20 mph. It just felt too fast. My husband asked me if I was okay, and, not wanting to worry him, and feeling that I was still in 'recovery mode',I told him of course.

But I wasn't. I kept falling. My vision was really peculiar. I couldn't seem to concentrate on anything. I was tired all the time. So we went back to the surgeon asking about all these symptoms. "You aren't drinking enough water," he said. Oh, okay. Not trusting him completely, since I felt I had been in hospital two weeks longer than necessary (three weeks total with the first two fooling around with everything but the kitchen sink and then only using Levaquin during the last week which cured the infection), I went to see my PCP.

After she did some general balance testing, she asked, "You got gentamicin, didn't you?" Yeah, so? She said I may have had some damage to my vestibular system from it, and sent me to the Emory University Dizziness & Balance Centre in Atlanta, GA for testing and diagnosis.

They did the rotary chair test, dynamic posturography, caloric testing, and nystagmography, and my diagnosis was 100% bilateral loss due to gentamicin ototoxicity and they put that in a written report that I have. I did six weeks of vestibular rehab at Emory, which helped some, but I don't think I got the benefit from it others have.

Since then I've adapted to an extent: I now can cook, clean once or twice a week, grow a vegetable garden every year, can the produce, and try to live life as positively as possible. I don't drive because I just don't feel I'm safe to do so. I applied for Social Security Disability in March 2005, immediately after the diagnosis, and this was finally approved after a hearing in August 2008.

Probably the most difficult things I've dealt with since becoming a wobbler are (1) having to sell my horse breeding farm and all the horses - that was a lifelong dream of mine, and I was just beginning to enjoy a reputation as a top breeder; (2) not being able to drive; (3) not being able to work - I had been a network administrator and was in training to become an equine massage therapist; (4) the cognitive deficits; and (5) how vestibulopathy has no obvious external signs.

I am now on a path to help educate everyone I come into contact with about the devastating effects of amnioglysides.