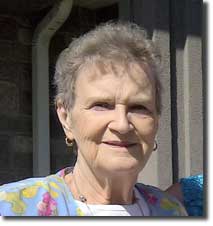 KATHY - ONTARIO: In March 2005 I was transferred by ambulance from my local hospital's emergency room to another hospital in a large city. I was in Intensive Care for twelve days and a step-down unit for two days before being sent home by ambulance. The diagnosis was a Staphylococcus aureus lung infection. I received intravenous (IV) infusions in the hospital but was so sedated I have no knowledge of what they were. Before I was sent home, a peripherally inserted central catheter (PICC line) was positioned in my arm with the line running up to my chest.

During the next six weeks a nurse came twice a day to administer my IV medications. Two days before the medications were to be finished I developed severe nausea. The home nurse contacted a local doctor who prescribed an anti-nausea medication. The next day when the nurse visited, I still had no relief from the horrible nausea although I had been taking the antiemetic medication for twenty hours. The third day I refused any more IV medication and was told by the nurse that she couldn't be responsible for my actions. I signed a release form.

Over the following two days, I began to experience new problems. I could not walk without holding on to the wall or the furniture. A loud buzzing started in my ears and I had trouble hearing. My thoughts were scattered. I couldn't use my computer because I couldn't think of the words I wanted to use and when I did couldn't spell them. I could not remember how to do simple tasks and I had no short-term memory. Also I couldn't fall to sleep and stay asleep.

One week later my daughter took me to my family physician. However after I explained the difficulties she could not offer an explanation and referred me to an ENT specialist. The ENT told me I had a hearing loss and in 6 months I would have attained a level of improvement that would be the best I could expect.

A couple of months later I was supposed to go with my daughter to visit my other daughter who lived out of town. On the day I felt I couldn't go because I had a kidney infection and was prescribed only one course of medication. Experience had taught me this would not be sufficient but my doctor refused to give me more than this because she said one course would cure it.

My daughter insisted we go on our trip and my other daughter would take me to a walk-in clinic. The doctor who saw me was elderly. I apologized for not being able to walk into his office without assistance and told him I had been sick and had received IV antibiotic treatment. He immediately made a reference to "ototoxicity" but did not elaborate. He gave me a prescription which cured my infection.

When I arrived home, I looked the word up on my computer and it described what I was experiencing. I checked my medication and found out I had been given gentamicin and vancomycin. I also saw on my computer a link to the Wobblers website and immediately joined. Lynne Brown and the members of this group have been my salvation. They have got me through all the rough times and changed my attitude. They literally saved my life.