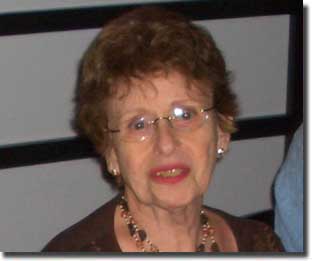 JUDY - KENTUCKY: I am a retired Registered Nurse. Through past years I have experienced recurring pneumonia and in the summer of 2006 a particularly nasty bout required a pleural effusion and a thoracentesis, a procedure to remove fluid and air from the pleural space for comfort and diagnostic purposes. In the fall of the same year, when I had been coughing colored mucous, my doctor sent me to a pulmonologist, a specialist in the area of lungs and the respiratory tract. I did not feel ill and had no fever; I was doing fine except for the coughing but knew something was not right.

The pulmonologist did a bronchoscopy and lavage, and the results diagnosed pseudomonas bacteria as the problem. Several courses/types of antibiotics later the problem had not been cleared up and in early December I was admitted to hospital and a PICC line was inserted. I was sent home with the PICC line in place and a visiting nurse showed me how to use the small canisters of gentamicin and ceftazidime. The nurse did a trough test once a week. However, after four weeks I became so unbalanced I could not walk alone. The nurse thought maybe it was just the infection and documented the symptom.

Three days after Christmas I called my doctor but she was on vacation. I called the Internist and he sent over an anti-vertigo drug. By then I was very concerned. With all the clinicians on holiday I was researching gentamicin myself and became more concerned as every article referred to the ototoxic side-effects of the drug. I finally got hold of my pulmonologist and she said I should maintain the treatment. By then it was New Year's day and on January 2nd I saw an urgent care physician. She confirmed gentamicin poisoning and said my urine output was very low and I was dehydrated. I was to see an ENT specialist, push fluids, eat a banana and stop the gentamicin.

When the visiting nurse next came she said I had to take the gentamicin for two more weeks. I told her that I would not be doing so, that I had irrigated my PICC line with saline and told her to remove it. I saw the ENT who started me on rehabilitation and ordered an MRI. A large aneurysm was then found in my brain. Three weeks later in an eight hour surgery platinum coils were placed in my brain.

I then went to my Florida home, saw an ENT and had further testing and rehabilitation. By that time, with concentration, I was able to walk because I had practiced so much. My therapist told me to keep up the exercises and start driving again. I shop and drive but of course bump into things and have fallen twice. Fortunately the falls were not hard and I only need to use a cane at times. I spend five months in Florida each year and use a walker to get around the bay. At home in Kentucky I walk everyday on the treadmill.