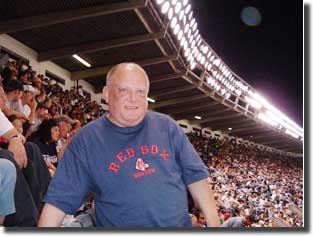 CHARLES - MASSACHUSETTS: I believe I was first damaged by one of the early aminoglycosides, streptomycin, in the 1940s when less than four years old. I developed blood poisoning from a vaccine and later got whooping cough with complications of pneumonia. I was give streptomycin on one of these occasions. It saved my life but doctors believe that it had severely damaged my hearing and I was classified as incurably deaf.

I could not even hear the old noisy NYC subway trains in the tunnels but when sent to kindergarten I was not tested as my mother did not inform them of the problem. During an early school year my mother found one doctor who told her to leave me in the hospital overnight because, as she tells it, they said an operation would improve my hearing. It helped immensely and when I first clearly heard birds singing my parents had to explain what the sounds were. I had taught myself to lip read to communicate while deaf but made no sounds, it was only when I had speech therapy that I learned to vocalize.

My balance was never checked but it is thought now that it was very badly damaged by streptomycin as a toddler. At school I was in good athletic condition but had problems with activities like gymnastics, tumbling and swimming (I could not stay in lane), even walking in a straight line or standing on my toes was very difficult.

I got regular and persistent upper respiratory infections as a youngster and these continued into my teenage years. I was on drug treatments a least one third of the time with streptomycin being alternated with other antibiotics. In 1979 I developed white pneumonia (known as white lung) and was given high doses of erythromycin. I had not had a balance test until 1987 so there is no way to determine what contribution either drug made but as said it is likely that I lost my main balance function while still an infant.

The damage occurring when so young may have made it easier for me to better adapt and utilize the other balance senses of sight and touch. I had learned to compensate using my eyes and feedback from leg muscles. I have done several activities normally requiring balance such as riding a bike and skiing but was a slow learner with both. In low lighting or when we have had power outages I keep flashlights and fluorescent lamps handy as my balance is completely lost in the dark.

In the mid 1980s I bought a house and did the improvements that all new happy homeowners do. After I fell three times from ladders and required emergency room visits my doctor tested my balance and recommended I stay off ladders.

I did not really comprehend until joining wobblers and reading the accounts of others how so many of the problems I had experienced in my daily life were related to the damage to my vestibular system and this understanding has helped me tremendously.