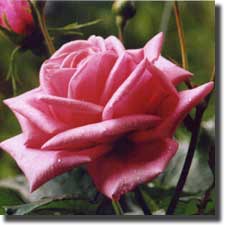 BILL - NEW YORK: I was in my forties when I got Non-Diabetic Peripheral Neuropathy. The neuropathy led to slow healing wounds and infections in my feet and legs. In August 2003 I was put on gentamicin via a peripherally inserted central catheter (PICC line) for a particularly stubborn infection in my foot which then got into the bones. I was told I would be getting the gentamicin for six weeks.

My wife and I were living in a mobile home at the time and one day when walking down the long narrow hallway I was so off balance I was bouncing off the hallway walls like a Pin Ball. At first my wife thought I was joking, but I wasn't. If the walls had not been there I would have fallen. My wife and I called the doctor five times during this period and every time we were given the same advice - minor side effect, keep taking the antibiotic.

My vision was also very disturbed but it was a completely new experience and difficult to describe. It was like my eyes were jumping all over and I had a lot of difficulty focusing. I also had an annoying, incessant ringing in the ears. Finally, in week six, the symptoms were so bad I decided enough was enough. I stopped administering the gentamicin and removed the PICC line myself.

Following another consultation my doctor sent me to an Ear Nose and Throat (ENT) specialist. The ENT specialist knew immediately what was wrong. He told me about the gentamicin, that it was ototoxic. He also said the damage was irreversible and that my vision (oscillopsia) and hearing were both affected. I went back to my doctor but by then had lost all confidence in her. The ENT specialist had said unequivocally the damage done by the drug was permanent; however she told me her father had experienced the same treatment and still insisted all would be well after a few months. I made my feelings as to her competence very clear and changed my GP shortly after. I did some research and discovered Wobblers. I spoke with Lynn Brown who told me about getting tested and much more besides. Quite honestly, Wobblers and the support groups have been a God send!